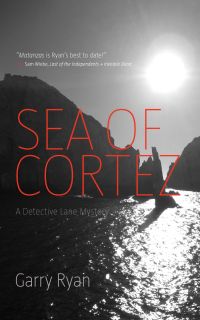 After a series of assassinations rocks Calgary’s underworld, Detective Lane is conscripted along with his husband Arthur into working undercover to seek out links in the Mexico - Canada drug connection and stop the violence.

As tensions mount back in Canada and outright war on the streets seems imminent, the laconic detective and his allies must use some unorthodox tactics to avert disaster in the Gulf of California and dismantle the cartel.

Garry Ryan was born and raised in Calgary, Alberta. He received a B.Ed. and a diploma in Educational Psychology from the University of Calgary, and taught English and creative writing to junior high and high school students until he retired in 2009. That same year, Ryan received the Calgary Freedom of Expression Award in recognition of his outstanding contributions to the local arts community.