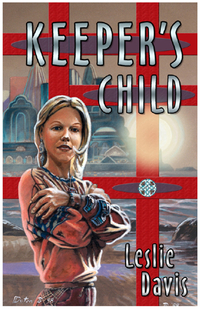 In a time not so distant from our own, the land is scarred; the air tainted; and the desperate poor are sick and dying,

Dr. Jesse Grange has spent the last thirty years trying to rebuild his protected city and its technology. Now he glimpses the future and sees what may be the end of the world.

In his walled city, Jesse lives as a hero and celebrity, guardian of one of the last remaining safe havens on the continent. But the mistakes of the past are catching up to his best efforts, and with news of the failure of the latest experiment his hopes of a real future for his people are dashed.

Beckoned by his brother, a banished Keeper of the sick, to leave the city and travel to the edge of the sea, Jessie Grange experiences first hand the ash grey air, the bitterly cold sand, and the tainted and unduly warm ocean.

As Jesse enters his brother's house, he catches a glimpse of the girl who may be the savior and salvation of humanity; Robin Sayers.

Robin is Desgastas, born into exile because of the genetic trap in her blood. She has lived all her short life under her Keeper's care, absorbing both his faith and his bitterness. Now her world will change as she is uprooted from the only home she has ever known and forced to shelter in Jesse's sterile sanctum as a "marked" child.

There Robin will begin the battle for her life, her faith, and for the future...